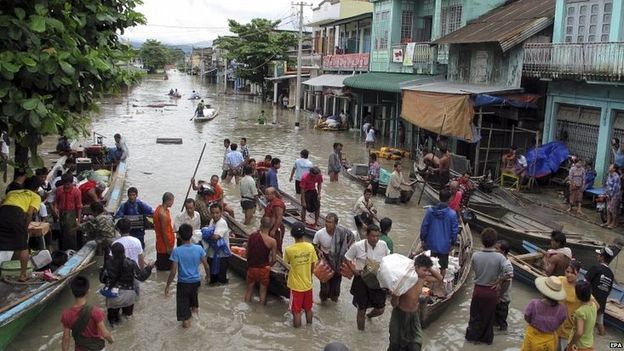 The landslip in the eastern Indian state of Manipur buried a whole village, Indian media reported.
In neighbouring Myanmar, four western regions have been declared disaster zones after heavy floods left at least 27 people dead.
Incessant rain over several weeks has led to flooding and landslides in most of the country (also known as Burma).
Wind and rain from Cyclone Komen added to damage in recent days.
Elsewhere: 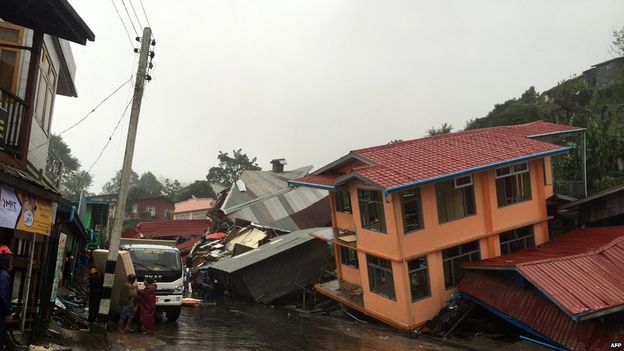 Apartment buildings in Chin state collapse due to landslide

(Photos and text above provided by BBC)

We just received this from a dear pastor in Myanmar:

Dear Mike
Greetings to you from Myanmar!

Now we in most need of Help urgently. More than 7000 people in Hakha,
Chin state are staying in emergency camp and 17 people died and
hundreds are in hospital. Because of heavy rain, many houses are
totally damaged and many housed are destroyed.  They are most need of
Help. No food that they can buy. All the roads are destroyed, and many landslides. 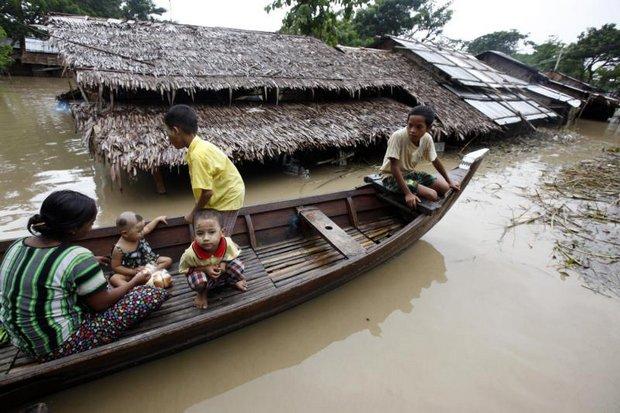 A woman and her children, forced out of their half-submerged residence, ride a rescue boat in Nyaung Tone, in the Irrawaddy Delta southwest of Yangon. The Office for Coordination of Humanitarian Affairs estimated Sunday night that the floods have killed 100 and put nearly one million out of their homes, as floodwaters spread from northern and central Myanmar to the populous Irrawaddy Delta. (AP Photo)